I’ve designed a battery testing board (the initial version is discharge only) specifically for testing 18650s. The aim is to have a “cheap and cheerful” board that is accurate enough to be useful. I’m calling this board the jCharge D8 (d for discharge, and 8 for 8 channels). You’ll be able to plop a full/nearly full 18650 cell into one of the channels and control it from the web dashboard. You’l be able to monitor the state, save the discharge graph/capacity and even calculate an approximate internal resistance. This will make testing and categorising recycled 18650 cells much more practical and efficient.

I received the first batch of discharge boards and they had a few problems (mainly with relying on inconsistent third party breakout boards). I ended up redesigning the entire board to rely on mainly SMD components as JLCPCB have a cheap assembly service that solders almost all of the components onto the boards for me. Going to an SMD design allows for smaller/cheaper boards, and the ability to get JLCPCB to do most of the assembly work.

V1 of the SMD board design was almost perfect, but I forgot a pull up resistor and mistakenly put the current sensing resistors on the low side instead of the high side (oops!). This meant I couldn’t read the voltage of the cells – a bit of a problem! I fixed up those minor issues, added a bunch of copper for increased thermal mass, and sent them off to be made.

Once I’ve received the boards and have tested the hardware designs, I’ll publish all of the easyeda online designs here on this blog. For now, here’s some photos of the schematics, v2 PCB layout and v1 assembled boards. The basic principle of these boards is that each 18650 cell is discharged through a load resistor at approximately 2A. There’s an inline current sensor that allows for the total capacity to be recorded and logged. There’s also a status LED and temperature sensor for each channel allowing convenient status feedback and over temperature protection.

You can see a rendering of the PCB layout below, showing where all of the pre-assembled components will be placed.

I’ve also been working on a web/app based cell database, and interface to control the jCharge D8 board. I’m currently developing an open source API specification that will allow other similar battery chargers to seamlessly discover and connect to the jCharge server. You can see a brief preview of what the jCharge server software looks like below, and it’s current limited functionality. The jCharge server software is available on my GitHub repository here. It’s currently severely lacking features/documentation, so I suggest you star the repository to keep up to date with any changes. 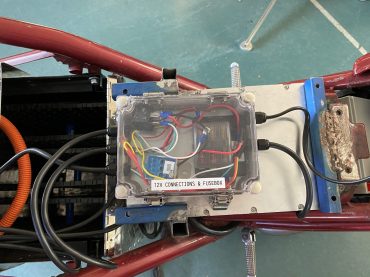 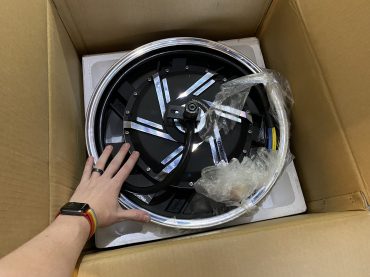 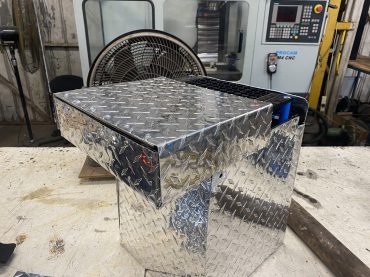